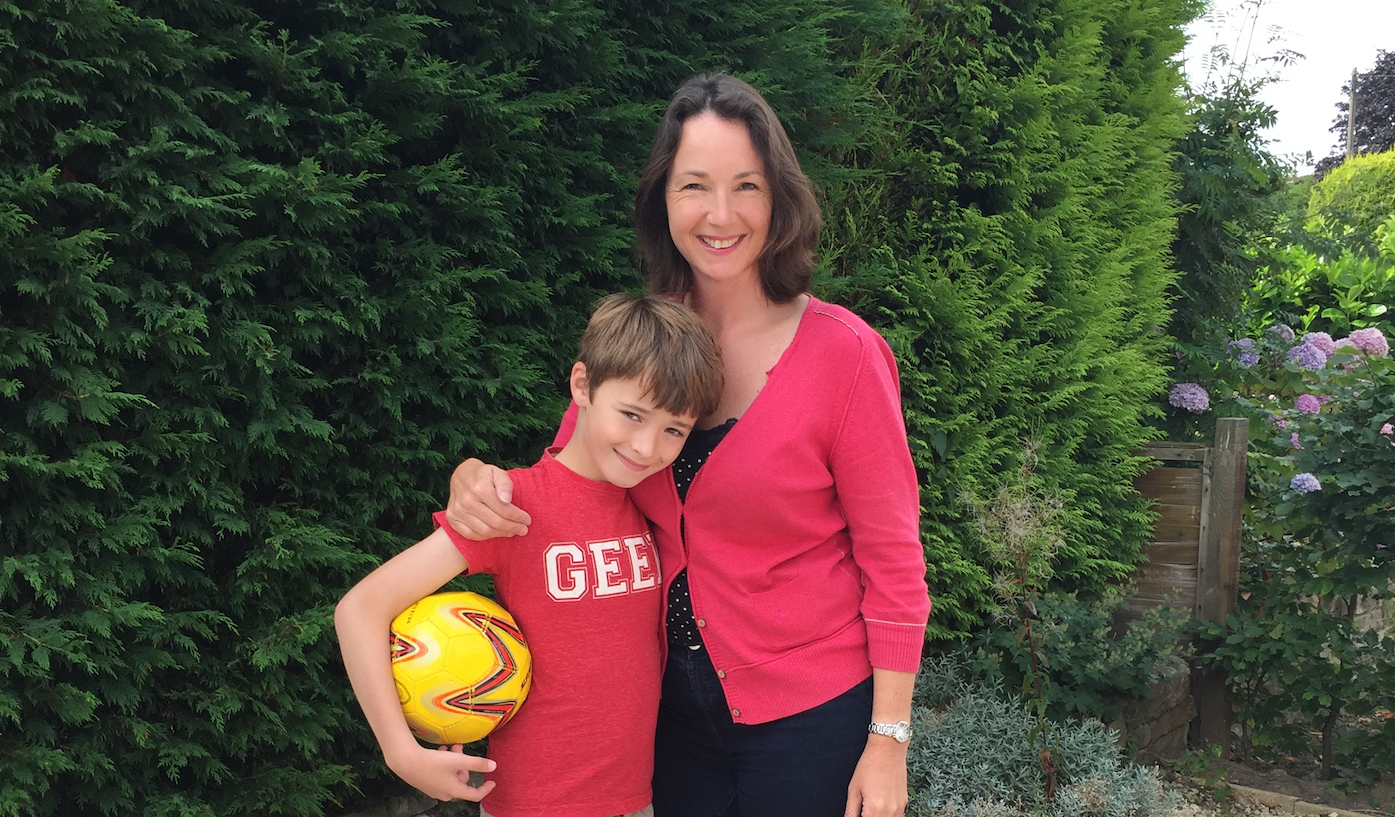 My son, George, has congenital idiopathic nystagmus. The terminology may be familiar to ophthalmologists, but it’s baffling to anyone else. In George’s case, no one can identify a cause.

So begins our story of discovery about nystagmus, what it means to those who have it, to those around them and the shocking ignorance of people who should know better.

George was born without complications in July 2006. I knew there was an issue when, unlike his older sisters, he struggled to make eye contact during feeding and his eyes wobbled constantly. At 5 months the local GP sent us for video sight testing, which he failed. The follow up appointment with the consultant lasted 5 minutes and went along the lines of “George has nystagmus; he will never go to a mainstream school; an optometrist will see him yearly. Good bye.”

It took another year to research consultants who specialised in nystagmus, hold the consultant to ransom for a referral and finally, aged 18 months, we were on the list for Prof Gottlob’s clinics in Leicester – a 5 hour drive from home.

Over the next few years George fell down steps, walked into walls, screamed in shock when anyone spoke to him in his pushchair. He would run to cuddle or hold hands with any woman bearing a vague resemblance to me, recoiling in horror when they spoke.

When George started school, the teachers were provided with a Nystagmus Network information pack. I told them I had no idea how the condition was going to affect him at school, but I did know he would struggle to identify friends with everyone in school uniform and they would need to show him the difference between the girls’ and boys’ toilets!

The impact of nystagmus became real in February 2015 when George was 8.5 years old. He ran into a wall during a PE lesson, a teacher asked if his constant eye movement was a symptom of autism and I witnessed a child snatch a football off George saying “There’s no point, you can’t see it anyway”. Apparently kicking a ball and hoping for the best isn’t good enough strategy for competitive 9 year olds.

There followed a set of meetings with his teachers and the local authority’s visual impairment advisor. It turned out that George couldn’t see the whiteboard, could only read red text on a blue background and used his listening skills to locate people. He thought this was how all people saw. His exceedingly high academic performance meant we all thought he was coping. When he’s scared or upset, his brain abandons his eyes to control his emotions. At this point he says it’s as though water has filled his eyes and whatever sight he has is gone.

The Nystagmus Network suggested George put together a presentation for his classmates to give them an idea of how the condition affects him. I’ve spent many hours finding activities for him such as blind football, blind sailing and soundball (tennis) which is opening up a new world of sport.

After all this, school still managed to lose him on a day trip to the British Museum. He was left looking at an exhibit and then followed a construction worker in a hi vis jacket into a restricted area thinking he was a teacher. When I asked how George managed his way into an unfamiliar and busy building they replied he held onto the child in front’s rucksack strap. How demeaning.

I’m still angry with school for not bothering to find out more about nystagmus. George has another new, fresh-out-of-university teacher next year so I’ll sound like the paranoid parent going through it all again. He hates my drawing attention to it, but if I don’t, people don’t understand.

At a recent gathering of old friends I asked George why he didn’t say hello. He said he didn’t recognise their voices or see their faces properly. So I said “Well, get up close to see them!” He replied “How would you feel if someone got up close to check out your face?! It’s embarrassing”.

The good news is George is more willing to talk about what he can and can’t see, how annoying it is when traffic crossings don’t beep and looking forward to the day he can ride a bike without me behind shouting instructions. He crosses the road by listening to tyres on tarmac and his ability to decode what he can see with conviction is absolutely extraordinary.

The future? I’ll still be desperately trying to educate teachers and encouraging George outside his comfort zone to approach activities in a slightly different way. He wants to fulfil his dreams of joining the army, but realises he will only be a sniper if the enemy wears hi vis clothing and stands still. He may stand more chance on the technical/engineering side or he can join the Paralympian football team.

He still holds my hand in unfamiliar environments and for that, I’m grateful. He can’t find me in the audience at school performances. For that, too, I’m grateful as I’m often late. I love his imagination and interpretation of the world he hears. His speech is so eloquent that he is a testament to the power of listening. He may not see as well as other children, but that doesn’t mean his dreams for his future have to be sacrificed. 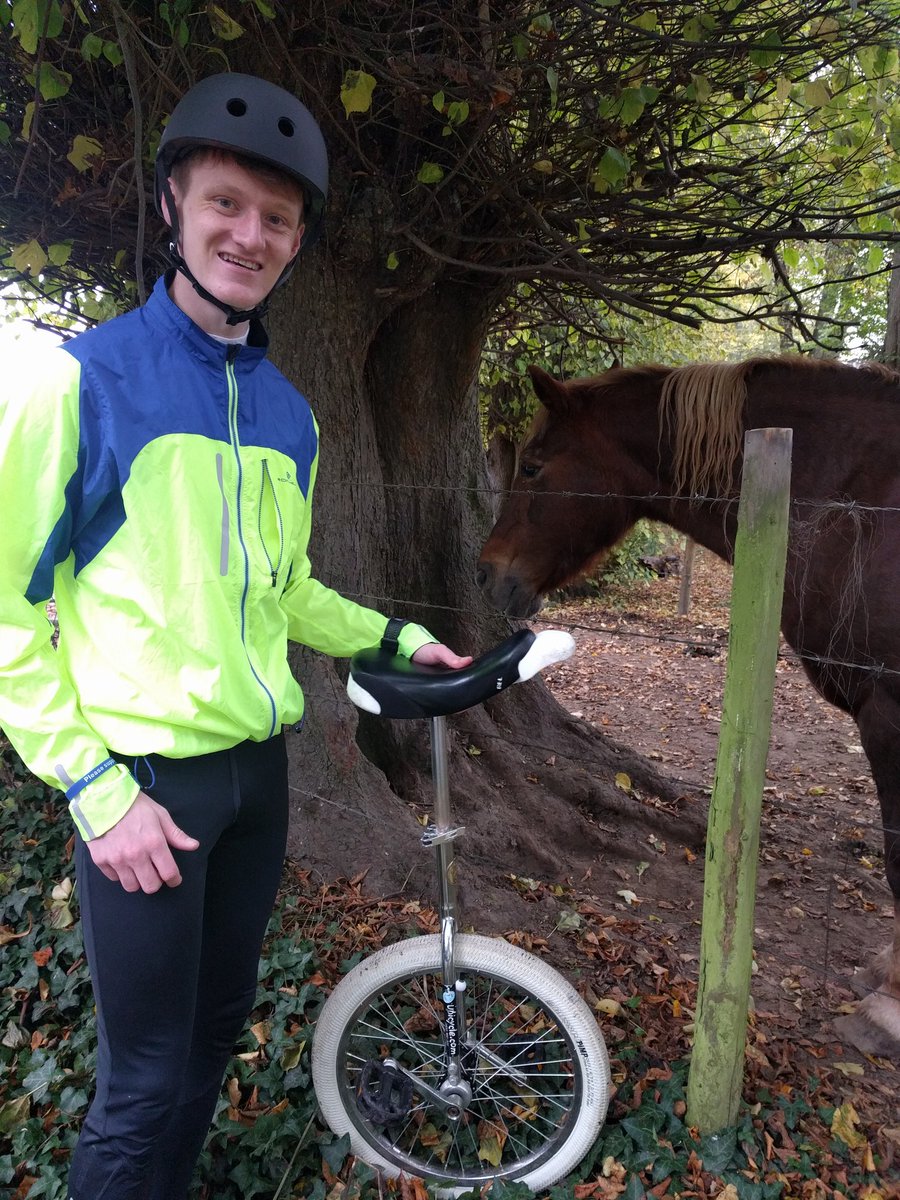 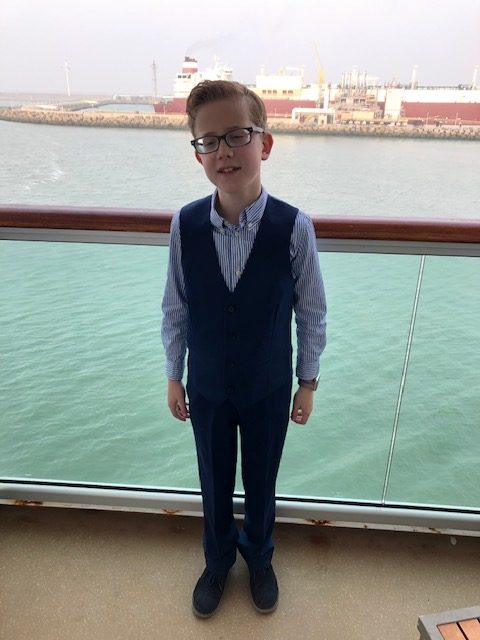 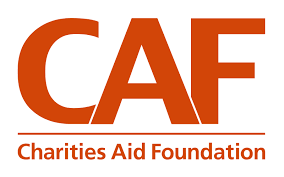